Humanoid: DWG looks unbeatable as of now. I am for sure frightened of them

Marek „Humanoid” Brázda and his MAD Lions have a historic night behind them. Lions defeated Rogue in the final of League of Legends European Championship with a 3:2 score, becoming the fourth organization in the history of Europe to win in EU LCS/LEC. That’s only the beginning, since midlaner and his team have Mid-Season Invitational ahead of them, and later on the summer split and the fight for a spot at this year’s Worlds. After yesterday’s series, we had an opportunity to speak with the Czech player about the final, upcoming MSI and more.

It’s your third year competing in the LEC and just now you got to lay hands on your first trophy. You finally made it.

Well, at the beginning of every split I feel that there is no chance for me to win. That’s how it was in the past at least. This year it was exactly the same, but, as the split went on, we were winning most of the scrims and doing really well on stage, I felt like we could win it all. At some point, I started actually believing that we can win the LEC.

Was beating G2 in play-offs one of the moments, when you started believing so?

To some extent, yes. We felt that only G2 or Rogue are capable of beating us, and we already defeated both teams in a BO5 series before the LEC final. Therefore, when we were preparing for today’s series, we were sure, that we could win,

During PGL you said, that the second game of the series was within your reach, but it slipped away. What exactly did you tell each other after it ended, that made you come back to the series?

It wasn’t anything outstanding. All the time we were upholding the same approach. Even after the second game, we were able to maintain good humour, we were joking a lot, for example about quickly losing 0:3 and going home fast. <laughter>

In that case, what did you feel during the first half of the last game, during which you were behind and Rogue was in the driving seat?

That’s a fact, that Rogue held the initiative for the first half. Although we knew, that Viktor, who I picked, was amazing versus the composition of our rivals. What’s more, we knew that Rogue can’t close games and isn’t a team, which can be decisive in the late game. Besides, we came back once in one of the “lost” games during the play-offs, so we felt, that we could do it again if we give our best. Not even for a second, I thought, that the series is lost. Although I feel like, that if Rogue played fully properly, then it would manage to close the series and triumph.

Therefore, did you feel that the fate of the fifth game was on your shoulders?

Actually yes. I was the only player from our team, that wasn’t behind. Additionally, I had a champion, who really needed to be respected. Rogue had four heroes, who needed to get close to me, as well as some tanks, so they couldn’t really eliminate me. With Viktor himself, I was able to deal massive AOE damage, so I was able to turn the match around.

As the new champions of the LEC you will be representing Europe during MSI. What are your expectations and mindset going into the tournament?

Undoubtedly it will be a nice experience. I’m not really sure, how good Korea and China are, but from what I’ve seen, they look really strong, so there’s a chance, that they will completely stomp us. We have to wait and see. We will fly to Iceland to win, for sure.

One of the pro players from the LEC said not so long ago, that in his opinion DWG KIA is better than the whole LPL, and then most of the Chinese league is a couple of times better than the rest of the LCK. What is your perspective on possibly facing world champions?

It’s hard to deny that. DWG looks like a team, that is unbeatable as of now. It is just smurfing on everyone. It’s going to be the hardest match for sure. Maybe we can cheese it, and manage to win, but for sure I am frightened of DWG.

After the last season, you made two major changes and in such a short amount of time, you managed to become LEC champions, writing a new history. What is the ceiling of MAD Lions?

We will see at Worlds. You need at least a year to see the ceiling of a certain team. Even though we won today, I don’t think we are close to reaching it. There are a lot of things, that we can do better. We are constantly improving. If we maintain this tempo, then we can do really well at Worlds. Maybe even we will qualify for the final? Although, I probably jinxed it now, and we’re probably going to get smashed in play-ins. <laughter>

In the end, I feel like we will go far at Worlds.

What do you and Rogue need to do then, to maintain this high level of play, and the spring split won’t be just a one-time wonder?

Together with Rogue we are on a very similar level and I feel like today’s final could go either way. We for sure must keep playing a lot. In the past, we saw, that the champions demolish vice-leaders and other teams in the league. G2 is a great example of that. Now in the LEC there are 3 superb teams, whose level is close. That’s why none of us can take any breaks, we must give it all and go all-in.

Short two questions in the end – firstly, are you now the best midlaner in Europe?

I think so, yeah.

Secondly, how would you rate your chances at the MSI as of now?

I expect every region besides Korea and China to be a free win for us. We surely will beat LCS, although saying that can backfire on me, I still feel, that we can easily beat everyone besides DWG KIA and the team, that will end up representing the LPL.

If Cloud9 wins today’s final of the LCS, are you excited about possibly facing Perkz again?

Actually yes, although I forgot about him, now when you reminded me of it, that would surely be an interesting match-up. The last time I played against him directly in last spring, so if he manages to qualify for the MSI, I can’t wait to face him. 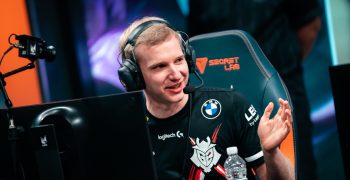 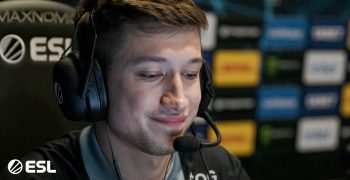 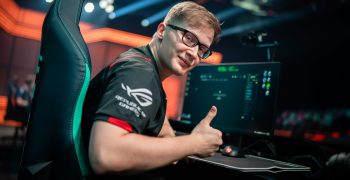 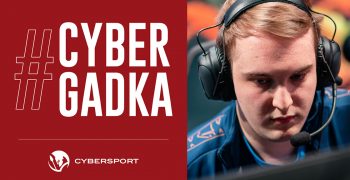